“Typical Mortgage Payment”: A Historical Comparison of the Monthly Payment to Buy a Home

After several years of gains, home prices in some parts of the country are either approaching a peak or have already set a record this year. San Francisco, Seattle, Boston and Dallas were among the areas that hit new median price highs in 2015. Understandably, this has triggered renewed concerns over the impacts of waning affordability.

However, when viewed from the perspective of the mortgage payments that homebuyers have committed to over the past quarter century, the cost to buy today doesn’t look quite as bad – at least, not at the county or regional level.

The monthly mortgage payment is a key measure of whether a home is “affordable,” given that’s the amount a buyer has to qualify for with a lender. One way to approximate the ups and downs of mortgage payments historically is to calculate what can be called a “typical mortgage payment.” It’s a payment calculated each month based on a local area’s monthly median sale price and adjusted for inflation so that historical payments can be more meaningfully compared with today’s.[1] For this article the “typical” payment assumes a 20 percent down payment, a 30-year fixed-rate loan and Freddie Mac’s corresponding average monthly mortgage rate.[2]

Figure 1 shows the 28-year trajectory of the median sale price for four California counties. San Francisco’s median sale price hit an all-time high of $1.15 million in both May and November this year. But figures 2 and 3 help show why a historical comparison of the cost to buy a home is a bit more complicated. Thanks to low mortgage rates (Figure 2), San Francisco’s typical mortgage payment of $4,360 this November (Figure 3) was still 13 percent below its inflation-adjusted peak of $4,997 in June 2007, when the median price was $825,000 and the average rate for a 30-year mortgage was about 6.7 percent, compared with 3.9 percent in November 2015.

The typical payments this fall for 11 U.S. metro areas evaluated were still 20 to 50 percent below peak levels reached in prior cycles (examples in Figure 4).[3] In the Dallas metro area, for example, the median sale price reached a new peak of about $252,000 earlier this year, but in September the typical mortgage payment remained 24 percent below its inflation-adjusted peak in spring 2000. The New York metro area’s $410,000 median sale price this September was only 11 percent below its summer 2007 peak, but the typical mortgage payment was still 42 percent lower than when it peaked in 2007.

The typical mortgage payment is most likely to be at or near a peak today in smaller housing markets with a constrained inventory and strong economic and income growth, such as in California’s Silicon Valley. In the city of Palo Alto, for example, the typical monthly mortgage payment hit a record $10,751 this September, when the median sale price peaked at nearly $2.9 million.

Although helpful when evaluating the historical cost to buy a home, the typical mortgage payment doesn’t tell the whole housing affordability story. For that, other factors should be considered, including monthly rent levels and the stagnation in real incomes. 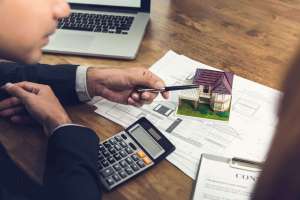 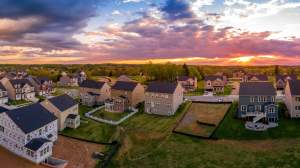