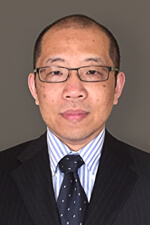 The More, The Merrier

The housing market is hot this spring with many families trying to buy their dream home or first home before interest rates become too high, and yet housing inventory is still low. The inventory has been low for the past few years, and is one of the main factors that drive home prices higher and higher in many areas across the United States. CoreLogic Chief Economist Frank Nothaft previously pointed out in his CoreLogic November 2015 U.S. Economic Outlook that newly built houses were much larger, which helped to moderate price appreciation for the higher-priced tier in the market, based on Census Bureau New Residential Construction data. Using CoreLogic public records data for single-family homes and townhouses, a new analysis shows that, indeed, homebuilders are building larger homes, and interestingly, on smaller lots. This new analysis also looks at possible reasons behind this trend.

Figure 2, on the other hand, shows the land on which these new homes are built has become smaller and smaller over time. The median size of a lot for a newly built home decreased from 8,250 square feet in 1990 to 6,970 square feet in 2016, which is about a 16-percent decrease. Meanwhile, the median size of a lot for a resale appears to fluctuate between 9000 to 9500 square feet. On average, the newly built homes had much smaller lot sizes, and the difference between new homes and resales is getting bigger.

But why are homebuilders building larger homes on smaller lots?

First of all, there are demands from certain populations of buyers desiring larger homes, and homebuilders are responding accordingly. If we take a closer look at the median home and land square footage for resales from Figure 1 and Figure 2, we can see that between 2006 and 2011 when home prices hit rock bottom in many areas across the U.S., Americans turned to larger homes as well as larger lots. As a result, the median size of resale homes increased from 1,601 square feet in 2006 to 1,801 square feet in 2012, and the lot size increased from 9,000 square feet in 2006 to 10,019 square feet in 2012. Hence, it appears Americans do appreciate large homes and large outdoor spaces, and will pursue them when affordability makes it possible, which explains the demand for larger new homes.

Secondly, homebuilders are profit driven. Larger homes can bring in more revenue and smaller lots can keep costs down. My colleague, David Stiff, concluded that the land value is more volatile than home prices in his blog, Land Values Drive Home Price Volatility. When home prices appreciate at a fast pace, the land value rises even faster, which, in turn, drives the cost of homes higher. In order to mitigate the high cost of the land value, homebuilders reduce the size of the lots to bring the cost of the new home down so they can price these homes at a reasonable level. A closer look at the median land square footage for newly built homes in Figure 2 reveals that there are actually only two periods of time in which we see lot sizes decline: between 2000 and 2005, and between 2014 and 2016. Both of these two time periods registered large home price gains, which put a lot of pressure on the cost of acquiring and developing land, as well as the cost of attracting skilled laborers. What did the homebuilders do? They built larger homes on smaller lots.