When COVID-19 first rocked the U.S. economy in March 2020, mortgage lenders had to be nimble in a variety of areas. Mortgage interest rates hit record lows and origination volume surged. At the same time, a number of individuals were facing job losses. This meant that lenders were having to adapt the method in which they evaluated borrower income while simultaneously handling an influx in refinance and purchase demand.

It was in the midst of this important moment in history when Citizens Bank first began integrating a solution that would serve to reduce underwriting turn times and bring consistency to its income analysis process. This case study explores how Citizens was able to improve the quality and efficiency of its origination workflow using CoreLogic Credco’s FactCheck income analysis solution. The tool automates, streamlines and standardizes the income calculation process.

By integrating FactCheck, Citizens has not only improved its process but also enhanced the satisfaction of its loan officers, underwriters and borrowers.

To achieve that quality, Citizens was seeking a tool that would provide consistency in income analysis. Prior to integrating FactCheck, the lender used an Excel spreadsheet that the underwriter and/or loan officer would have to key information into. This left room for human error as numbers could be transposed or missed. This method also consumed valuable time for both underwriters and loan officers, and consequently, impacted the overall turn time of the loan.

“We were looking to eliminate errors as well as reduce the time spent, especially when we would have numerous businesses that had to be entered by an underwriter,” Citizens SVP Bea Tilley said.

While on the hunt for a solution to mitigate these pain points, Citizens’ team looked at three different vendors. This search lasted for around four months, which Tilley said was on par with the lender’s typical integration research phase. In the end, the company turned to CoreLogic, as there was already a good relationship between the two companies.

However, the relationship alone didn’t earn Citizen’s business for CoreLogic. Rather, it was CoreLogic’s willingness to work with Citizens to align FactCheck’s features to their existing business processes and workflows that provided additional assurance it was the right solution.

“I was surprised that there were so many variations as to what vendors were willing to do for customizing a solution,” Tilley said. “If it came down to the vendor saying, ‘We’re not willing to customize,’ that took them off the table.”

Desired Capabilities for a Solution

Beyond the ability to tailor the solution to its needs, Citizens had two key factors it was looking for in an income analysis solution. These included the following: 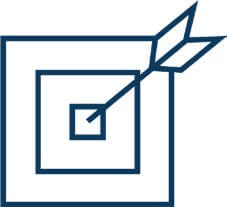 Citizens needed an income analysis tool that would provide underwriters with a consistent methodology. Establishing one specific process for income calculation would reduce the risk of something being entered incorrectly and ensure more accurate results. As Tilley put it, “If you don’t have a quality loan then you don’t typically have a saleable one. So accuracy is always the priority.” 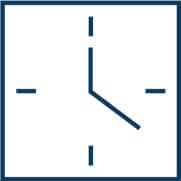 The lender also wanted the solution to improve both underwriter efficiency while also providing loan officers with more reliable borrower income information sooner in the process. This would ultimately result in a better borrower experience and eliminate any back-andforth communication between the loan officer, borrower and any financial third party on behalf of the borrower.

Specifically for self-employed borrowers, Citizens needed a tool that could provide all of its involved teams with a better understanding of what income could be used at the time of loan application. The ability to have this knowledge in advance would reduce turn times as loan officers would know exactly what documentation was needed upfront.

As mentioned, the ability to align the solution with existing processes and workflows played a big part in Citizens choosing CoreLogic. Once they moved forward with implementation, both companies played a large role in getting Citizens’ teams prepared to use the solution and molding FactCheck to the lender’s needs. The pilot run of the solution took place in July 2020, as underwriting guidelines and standards were being shifted across the industry due to the economic disruptions of COVID-19.

“We’re still working with CoreLogic today to further customize FactCheck,” Tilley said. “During COVID changes, we were able to continue to work with CoreLogic to ensure that the FactCheck tool was being updated. And we’re still able to modify it to make it visually easier to do the analysis portion, not only from a sales perspective but as well as from an underwriter perspective, given that sales looks at it very differently than how an underwriter would.” Apart from developing the tool, CoreLogic was also instrumental in providing significant assistance in training Citizens’ team, Tilley said. CoreLogic’s FactCheck team provided training resources and was on hand for support during the implementation. Tilley said this was instrumental in shortening the rollout time frame.

On Citizen’s side, the lender equipped employees with multiple demonstrations as well as a “coming soon” communication during all colleague calls. Citizens’ team made sure to show the benefits for utilization and also piloted small teams to gather feedback as they integrated the tool.

The pilot group operated for a four-week period, with sales originating and utilizing the solution before pushing loans through to underwriters. Citizens also had its quality control group review those loans as soon as the underwriters were done. The lender required a 100% satisfaction rate on the process before rolling out FactCheck to the rest of its employees. During the piloted run, Citizens was also communicating the group’s feedback with its entire team. Tilley noted that one group in particular was excited even before the initial launch. “Some of our sales group had come from other lenders that had an income analysis tool that they had used in the past and wanted to know when we were going to have that,” Tilley said. “So by us being able to share the pilot group feedback, it whet the appetite for the rest of the group.”

Citizens fully implemented FactCheck on September 1, 2020. Since then, the lender has seen an improvement of its overall turn time for self-employed borrowers and an improvement in loan application quality.

Citizens also tracks underwriting touches and has noted a substantial reduction now that it can provide a more concise package to its underwriting team. All of this translates to reduced turn time on loans. Additionally, the lender has noted a lower percentage of suspended self-employed loans, which was among the top KPIs Citizens was monitoring for signs of integration success. And of course, all of these factors combined led to overall satisfaction in the originating process, both internally and externally.

“Our loan officers are extremely happy to know what income they can use to qualify a customer upfront,” Tilley said. “They don’t have to worry about putting a borrower into a product or a loan size that they wouldn’t qualify for. So now underwriters are happy to see that they’re not having to educate processors and loan officers on the documentation that’s required for self-employed borrowers.”

While the team at Citizens would be the first to admit that March was a challenging month to start searching for a solution, the end results were optimal.

FactCheck’s income analysis process allows Citizen’s loan officers to provide underwriters with more quality loan applications, and in turn, reduces touchpoints for underwriters. By finding a vendor that could align their solution to its needs in a rapidly changing environment, Citizens was able to reduce turn times, ensure consistency and increase borrower satisfaction.

“It all goes back to the relationship that we’ve had with CoreLogic,” Tilley said. “With everything that was going on externally in the industry, it allowed us to move through this process and implement it in a timely fashion and to have it result in success.”

US CoreLogic S&P Case-Shiller Index Growth Rate Cools Further in November, Up by 7.7%