Within weeks of Hurricane Harvey’s August 2017[1] landfall, residential real estate investors began scouring some of the hardest-hit counties on the Texas Gulf Coast for rental home or fix-and-flip opportunities. The result: A significant rise in properties purchased by absentee buyers in many flood-stricken communities.

In the six months following Harvey, absentee buyers[2] – including investors of all sizes – purchased almost 9 percent more properties than during the same September-through-February period a year earlier in 40 counties the federal government declared major disaster areas[3], CoreLogic public records data show. In counties without that federal disaster designation, sales to absentee buyers rose just 1.4 percent. From January through August this year, absentee buyer purchases rose almost 12 percent year over year in the federally designated counties, compared with a 3 percent increase in the rest of the state.

In the Houston metro area[4], where widespread flooding meant all counties received the federal disaster declaration, sales to absentee buyers also rose nearly 9 percent in the six months ending this February compared with the same period a year earlier. Houston region sales to absentee buyers rose 10 percent during the first eight months of this year compared with the same period in 2017. Since Harvey, the Houston metro area has accounted for about 79 percent of all absentee purchases in the counties with the federal disaster designation.

Since rising as high as 35.9 percent in February this year (Figure 1), the absentee buyer share of all purchases in the disaster-designated counties has held around 29 percent, roughly in line with the absentee share in those counties last year before Harvey hit. Some of the sharp rise in absentee buyer purchases late last year and early this year could reflect a delay by some investors in the immediate aftermath of Harvey, resulting in catch-up activity in late 2017 and early 2018. The absentee buyer share in September 2017 – the month following Harvey – was the lowest in years in the disaster-designated counties, dropping to 25.9 percent, but by October 2017 it had risen to nearly 30 percent.

Among the larger counties with the federal disaster designation, the absentee share has been highest this year (Figure 2) in Jefferson (38.1 percent), Galveston (36.1 percent), Nueces (34.6 percent), and Harris (30.5 percent) counties.

The absentee share could still trend higher in some areas as individual investors and investment groups continue to search for opportunities – including deals between themselves – and some homeowners wrestle with the question of whether to stay, and in some cases rebuild, in a flood plain.

[2] Absentee buyers include investors, vacation-home/second-home buyers and potentially others, based on where the public record shows that at the time of purchase the site and mailing addresses were different.

[3] Presidentially Declared Major Disaster Areas where individuals are eligible for disaster assistance from the Federal Emergency Management Agency. After Harvey 41 Texas counties received the designation. However, the absentee buyer analysis uses 40 of those counties because data was not available for one of the designated counties – Austin County. 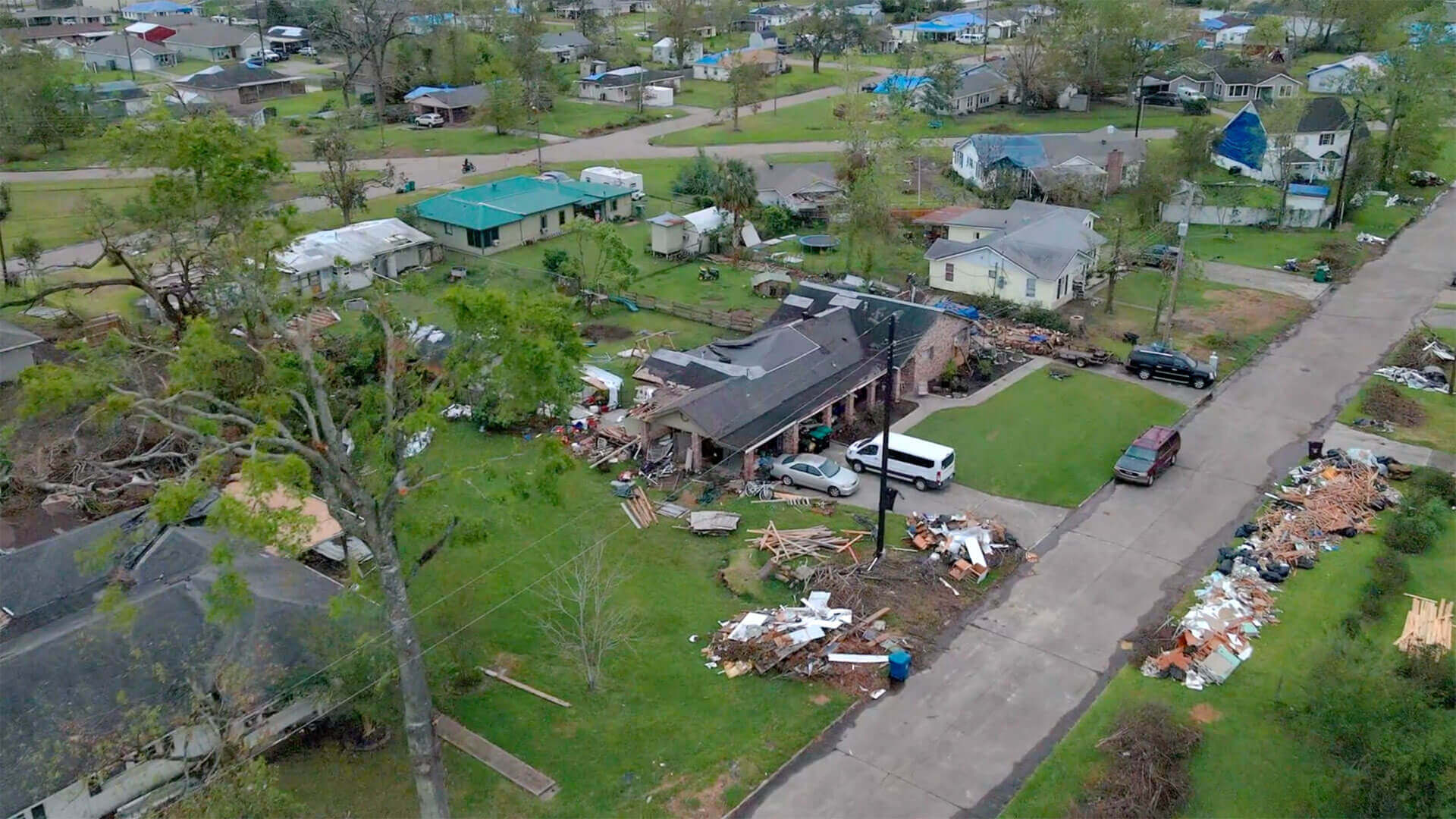 In 2020, in the span of six weeks, Hurricanes Laura and Delta made landfall 12 miles apart, together taking nearly 100 lives and decimating southwest Louisiana. A look back at the effects of these two hurricanes on the Lake Charles metro shows the potential effects on properties.